By: Kathan Kapoor and Arjun Gupta 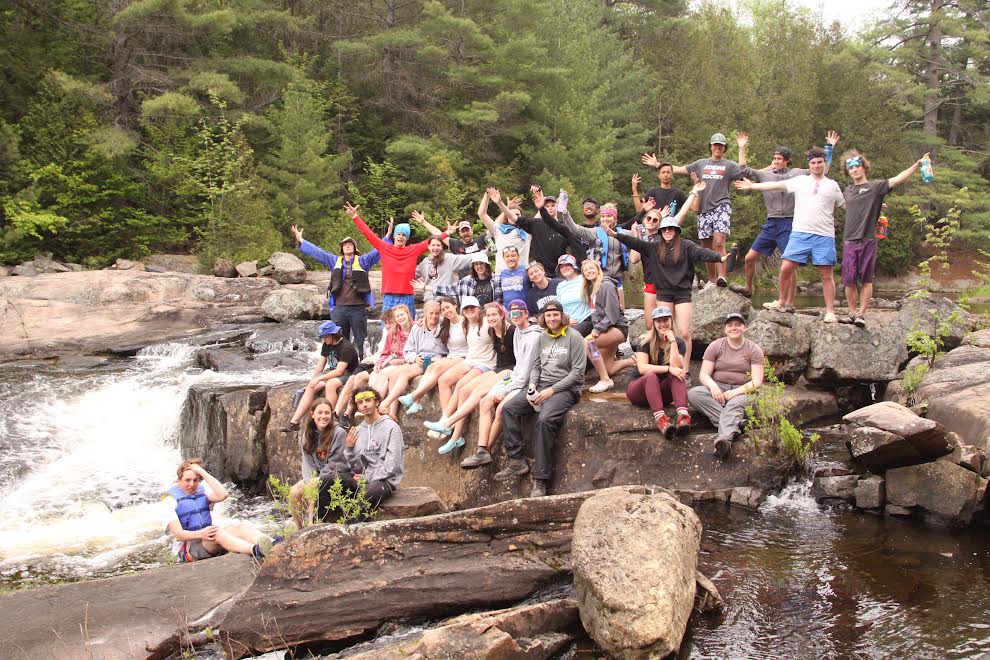 This May, not one, but TWO classes of Mr. Matt Jones’ grade 11 Outdoor Education experienced the adventure of their lives when they spent four nights camping and canoeing out in Algonquin Provincial Park. For each trip, thirty students were able to go, plus two teachers and three graduate students who came as camp leaders. They made two trips in total, in consecutive weeks.

The groups began on a bus ride, stopping at Algonquin Outfitters to gear up before arriving at the campsite. Mr. Whate, one of the teacher volunteers on the second trip, described it as a collaborative experience, mentioning the importance of teamwork when surviving in the wilderness.

Students got to paddle canoes in the fresh rapids and catch fish out on the lake, in addition to a 1.6 kilometer portage down Booths Rock Trail. They survived rainstorms and cooked their meals outside, all while carrying several pounds of gear and canoes. The campers were pushed to their limits, both in terms of physical challenges, and living without cell service for days! In the end, they survived the journey.

On the bus ride home, they celebrated their return to civilization with a stop at McDonalds where they had a contest to see who could eat the most. Pretty much everyone slept on the way home from their fun, but exhausting adventure.

All of the staff and students involved had a fantastic time and they gained vital skills that they will use for the rest of their lives.  For those who are taking Outdoor Education next year, this trip is definitely a highlight of the school year!